Brazil, Chile and Argentina all set records for the number of awards they brought home, with 11, 10 and four tri­umphs, respec­tively. Uruguay also won a Best in Class Award for the second con­sec­u­tive year.

The impact of win­ning prizes is that we are becom­ing rec­og­nized in the world of olive oil. It gives us a good place to show­case our prod­ucts and attracts inter­est from buyers.- Diego Livingstone, Agricola Pobeña

However, Brazilian pro­duc­ers were undoubt­edly South America’s biggest win­ners, bring­ing home a Best in Class, a record-break­ing eight Gold Awards and one Silver. In the pre­vi­ous four years in which Brazilian pro­duc­ers have entered the com­pe­ti­tion, they have com­bined to win six awards.

Rodrigo Costa and Olivares Costa Doce were among the biggest win­ners in Brazil, bring­ing home two Gold Awards for their medium blend and medium Koroneiki as well as a Silver for another medium blend.

“It was the first time that we entered at NYIOOC,” Costa told Olive Oil Times. “We are very happy because these results are recog­ni­tion for our family’s work, which is done with so much ded­i­ca­tion and pas­sion.”

But for Olivares Costa Doce, which is based in the south­ern state of Rio Grande do Sul, these awards are much more than an ego boost. They also serve as an incred­i­ble sales pitch.

“The con­test is very well rec­og­nized and from the dis­clo­sure of results we are receiv­ing con­tacts for inter­views and new sales oppor­tu­ni­ties,” he said. “The result of this con­test will cer­tainly encour­age us to seek good results in other con­tests.”

“The Brazilian olive oil indus­try is work­ing hard with a spe­cial focus on qual­ity and health, cer­tainly Brazilian oils will soon be as rec­og­nized as those of older pro­duc­ers in other coun­tries,” Costa said.

Among the other Brazilian win­ners were Prosperato, which took home a Best in Class and Gold Award; Verde Louro Azeites, which won three Gold Awards; Azeite Irarema and Casa Montiva, both of which won a single Gold Award; and Olivas do Sul, which won a Silver Award.

However, Brazilian pro­duc­ers were not alone in their unprece­dented suc­cess. Chilean pro­duc­ers were fol­low­ing close behind, bring­ing home a record-break­ing 10 awards, includ­ing two Best in Class, five Gold and three Silver Awards.

Their 43 per­cent suc­cess rate in this year’s edi­tion of the NYIOOC also smashed their pre­vi­ous record, achieved last year, by 16 points.

“First of all, most of us arrived with fresh oils this season, which is impor­tant at the time of the com­pe­ti­tions,” he said. “The other factor was the cli­mate. It was a year of scarcity in terms of water and there were ther­mal oscil­la­tions in the summer, which caused greater stress to the plants and there­fore yielded more com­plex oils.”

“First of all, we are very happy to con­tinue win­ning these awards,” he said. “This shows us that the work we have been doing and all the ded­i­ca­tion that we put to deliver the best pos­si­ble qual­ity has paid off.”

Livingstone added that the NYIOOC was rais­ing the stock of Chilean olive oils all around the world, which was attract­ing more cus­tomers and adding value to the oil that they will con­tinue to pro­duce.

“The impact of win­ning prizes is that we are becom­ing rec­og­nized in the world of olive oil,” he said. “It gives us a good place to show­case our prod­ucts and attracts inter­est from buyers in vis­it­ing us and having our oils. It gives a great added value to our oil.”

While not achiev­ing the same levels of suc­cess as its neigh­bors to the west and north, Argentinian pro­duc­ers still enjoyed a record-year at the NYIOOC as well.

“Argentina was the first Latin American olive oil pro­ducer, and is now trying to show the world that we are pro­duc­ers of great qual­ity,” Patricia Calderón, of Olivum, told Olive Oil Times.

Olivum took home both Gold Awards, for a pair of medium blends. It was the San Juan-based com­pa­ny’s first year enter­ing the com­pe­ti­tion. Meanwhile, Mendoza-based Millan won both of the Silver Awards.

“Our hap­pi­ness was immense to verify that only by com­ply­ing with our usual pro­ce­dures, we could obtain a Gold medal,” she said. “The awards obtained con­firm that our work and method­ol­ogy allows us to obtain oils of excel­lence and con­firms to us that what we are doing works.”

“Argentina and Olivum are just making them­selves known to the world and we have a long way to go,” she said.

For the second con­sec­u­tive year, Uruguay sub­mit­ted two entries and won one Best in Class at the NYIOOC. This year’s winner of that pres­ti­gious award was Olivares de Santa Laura.

“It’s the first time we’ve received a NYIOOC award,” Gonzalo Aguirre said. “We are very grate­ful to be part of the chosen ones for this pres­ti­gious con­test.”

Aguirre said that for Uruguayan pro­duc­ers, as well as others in South America, get­ting oil to the NYIOOC in time is a race against the clock.

“For the Southern Hemisphere, we are at the begin­ning of the har­vest and the Coratina that we needed for the blend was har­vested 10 days before the clos­ing of sam­ples recep­tion,” he said. “We ran against the clock, even with the logis­tics of the courier that deliv­ered the sam­ples the day before 3pm dead­line.”

However, the rewards for win­ning this race have proven to be ample enough for Aguirre and his wife with whom he runs the grove, Laura.

“Our prod­ucts are sold in bou­tique stores in Uruguay, and we are notic­ing grow­ing inter­est from Brazilians asking about our oils,” he said. “As we are in the Southern Hemisphere, we have an advan­tage, which is to have fresh oil at this time of year, a com­ple­men­tary attrac­tion for buyers of qual­ity extra virgin olive oils from the Northern Hemisphere.” 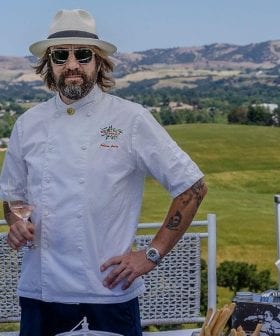 Despite setbacks for many in California, American producers still took home plenty of awards at this year's edition of the world's largest olive oil quality competition. 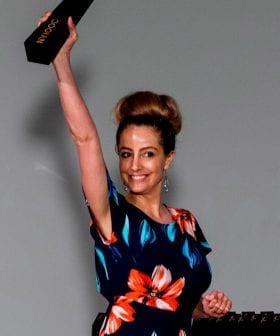 After a difficult harvest season, which saw production figures fall by 57 percent, Italian producers finally had a reason to celebrate. The results from the 2019 NYIOOC confirmed that quality remained as high as ever in Italy. 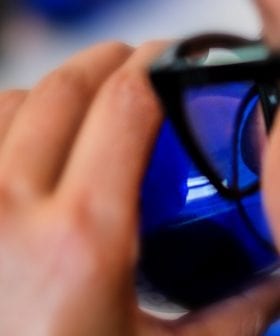 The eighth edition of the widely acclaimed program for olive oil sensory evaluation will follow the NYIOOC World Olive Oil Competition this May. 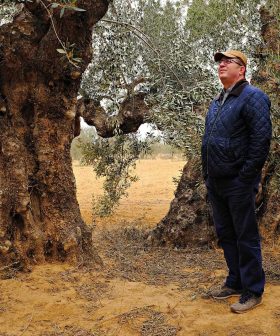 A Record Number of Awards for Tunisian Olive Oil