Recently, Dalmatia, the largest olive-grow­ing region in Croatia, hosted the Taste Extra Vergine project. The County of Šibenik-Knin orga­nized the event and held it in the Adriatic Business Center. During the event, extra vir­gin olive oil pro­duc­ers who won awards at the NYIOOC World Olive Oil Competition in 2021 and 2022 pre­sented their olive oils and dis­cussed the state of the olive oil indus­try in Dalmatia.

See Also:The Farmer Behind the Dramatic Rise of Dalmatian Olive Oils on the World Stage

“Our county can really offer ade­quate sup­port through tourism, the tourist com­mu­nity, but also through our sys­tems and the regional devel­op­ment agency. Our mis­sion is to secure as many funds as pos­si­ble and to help you. You know that we par­tic­i­pate in analy­ses, equip­ment and pur­chases, and I hope that there will be more and more of that,” said Prefect Jelić.

The pro­gram began with two pan­els. The first was titled ​“Can Dalmatian Olive Oil Become a Brand?” This panel included many impor­tant insights into the Dalmatian olive oil indus­try.

“Šibenik-Knin county is in a great posi­tion because it has its own indige­nous vari­ety of olives — kravovica, and I think that this is a great advan­tage of this county because it is a vari­ety that other coun­ties do not have,” said Vlatković.

“In Croatia, we have about 6 mil­lion olive trees, and in terms of olive oil pro­duc­tion, we are 24th in the world, so we can say that Croatia, in addi­tion to its cul­tural and his­tor­i­cal her­itage and excep­tional nat­ural beauty, also stands out for its food, which includes our olive oils,” said Lepur.

Next, the panel dis­cussed the need to pro­tect the authen­tic­ity of Dalmatian olive oil. The region’s gov­ern­ment started work­ing towards this goal a few years ago, but unfor­tu­nately, it was never com­pleted.

They also dis­cussed the need to con­nect pub­lic insti­tu­tions with pro­duc­ers in the field. Producers in Dalmatia could use the sup­port of many insti­tu­tions, includ­ing advi­sory ser­vices, LAGs, HOK, HGK, local devel­op­ment agen­cies and, finally, European fund­ing.

The olive grow­ers on the panel expressed the pos­si­bil­ity of devel­op­ing a uniquely Dalmatian brand of olive oil and how to achieve that goal.

In addi­tion to the open­ing two pan­els, the Taste Extra Vergine project included an exhi­bi­tion and a tast­ing of the NYIOOC 2021 and 2022 award-win­ning extra vir­gin olive oils from Šibenik-Knin County.

In the after­noon, there were three edu­ca­tional ses­sions. One of the three ses­sions was titled ​“The Influence of Extra Virgin Olive Oil on Health” and held by Vlatković.

“Olive oil is not a tar­geted med­i­cine, but it has a long-term, pre­ven­tive and cura­tive effect on the occur­rence of many dis­eases,” said Vlatković.

He explained, ​“Only extra vir­gin olive oil pos­sesses this power in its full pro­file because it con­tains unchanged nat­ural active ingre­di­ents. Any olive oil that loses its fresh­ness, and thus its orig­i­nal nat­ural com­po­si­tion, has a health effect pro­por­tional to its remain­ing con­tent of active and med­i­c­i­nal bio­log­i­cal com­po­nents.”

In the other two edu­ca­tional ses­sions, Nina Vuletin, biotech­nol­o­gist and sen­sor ana­lyst, revealed how pro­fes­sion­als taste and eval­u­ate olive oils and Ante Rupić, agron­o­mist and olive grower, did a deep dive into olive oil.

Olive grow­ers from the Šibenik area, espe­cially Tomislav Duvnjak, were respon­si­ble for the suc­cess of the Taste Extra Vergine project. Two years ago, Dalmatian olive grow­ers first entered the pres­ti­gious olive oil com­pe­ti­tion, NYIOOC. Their con­tri­bu­tion to the over­all suc­cess of Croatian olive oils is easy to see.

Croatia won a total of 49 medals at the 2020 NYIOOC. The fol­low­ing year, coin­cid­ing with the first entry of Dalmatian olive oil pro­duc­ers, the num­ber of awards Croatia won rose to 87. This last year, Croatian olive grow­ers won a record 96 medals, of which Dalmatian oil grow­ers ​“col­lected” more than half. More pre­cisely, olive grow­ers from Dalmatia received 55 awards at the 2022 NYIOOC; 29 were gold and 26 sil­ver.

“Last year we were fourth, this year third, right behind Italy and Spain,” remem­bered Duvnjak. He expects even bet­ter results at the 2023 NYIOOC.

“We have the qual­ity, and if we are even more united than before, we can achieve an even bet­ter result at the World Olive Oil Competition in New York,” Duvnjak said. 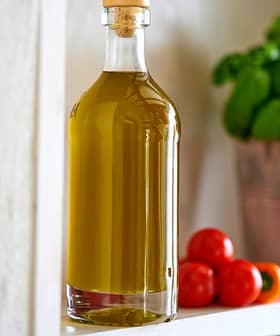 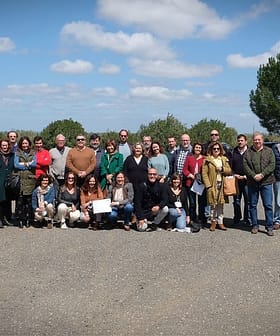